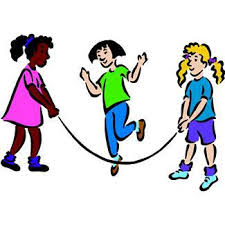 RICHMOND: Because I was very well acquainted with this group they told me all their rhymes, not only those which they would normally recite in polite adult company. I believe that most of these rhymes are known to at least some children in nearly every group I have encountered. All the rhymes collected in Victoria and included in this collection have been used by Ian Turner in “Cinderella Dressed in Yella” (Heinemann Educational, 1969), a collection of Australian children’s play-rhymes, and are classified there.

PRAHRAN Victoria: Tape 59. These rhymes were collected from my own children and their friends in company with Norm and Pat O’Connor. They are good versions, well performed by girls who are older than the usual tradition-bearers of this genre. This unusual state of affairs occurred because they attended a new State High School which was operating in temporary accommodation with limited playground space. There being no room for more energetic games, they reverted to clapping rhymes etc. for amusement.

PERTH W.A. Tape 29. The songs and rhymes are similar to those collected in Melbourne. Their parents listened, and corrected their pronunciation or warned ‘Not that one!’ I have found it impossible. to collect the full range of play-rhymes when parents are about.

PORT HEDLAND W.A. These children lived in the Pt. Hedland Caravan Park. Their mother also emerged to say, ‘Not that one’, every time they got to the less polite rhymes.

These recordings are held: