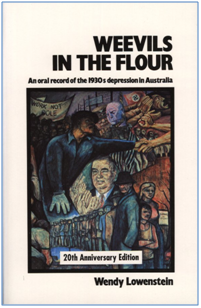 Weevils in the Flour – paperback,Scribe Publishing

“Great book on the Depression….so good it is impossible to praise it sufficiently without sounding absurd”…The Age

This is a magnificent oral record of the experiences of ordinary Australians during the Great Depression of the 1930s, and has been continuously in print since it was published in 1978.

What does the family breadwinner do after suddenly getting the sack? How do you manage when you are working every second week only or your wages — but not your mortgage — have been cut by 20 per cent? Working for the dole, living in shanty towns, squatting in empty buildings, standing forever in queues, despised by bureaucrats and slowly losing self-respect — all these experiences and more are described vividly within these pages.

Now, more than 70 years after the events it deals with, Weevils in the Flour rebukes a new generation of failed policy-makers. This edition carries a new preface by the author which comments angrily on ‘the same old capitalist system, with the gloves off’ that has produced such prolonged, intense distress.

Bert Cameron, a young plumber without work for several years during the Great Depression

“Scotty” Alexander humped his bluey (swagman) and gets thrown off train in a tiny bush town with no food or money for jumping on the train illegally. 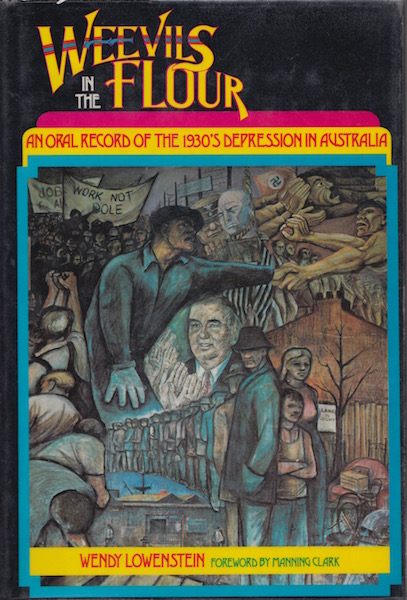 WHAT THE CRITICS SAY

“The range of this book is immense … I know that these  records are entirely true.”

“This  is  a largely unsentimental  book….  towering  testimony against the popular mythology that Australians like the underdog, and  that  in hardship mateship binds them.”

“It  will probably remain the standard account of the  depression according  to  its  victims for a long  time.”

Weevils in the Flour is available from Scribe Publications